Blue TN is a digital media company specialized in environmental issues and recipient of awards from both the Deutsche Welle ( Media Loves Tech Program) and Entrepreneurship Lighthouse Program (European Union) .

BLUE TN’s editorial line is based on 4 objectives:

Born in the Tunisian Cape Bon region, she was raised with the help of her grandmother on a small farm surrounded by orange trees.

Mayssa holds a Master’s degree in Quality Safety Environment management a Bachelor’s degree in Applied Biotechnology, and a university certificate in Sustainable Development from the University of Michigan and SDG Academy. Before founding BLUE TN, she led several citizen initiatives to encourage eco-tourism in southern and northwest Tunisia by traveling by bicycle.

After several terrorist attacks targeting Tunisians in 2017, she embarked on a bicycle trip with another female friend. They spent two weeks biking by themselves through Southern Tunisia in remote Amazigh (Berber) desert villages to promote eco-tourism, encourage Tunisian women to participate in biking, and help local craftswomen along the way.

Mayssa has been active in Tunisia’s civil society since 2015, leading campaigns for nature and biodiversity preservation with local NGOs. She has led many trainings in digital communication for environmental advocacy campaigns for many organizations, including the EUROMED Network for Human Rights, the Tunisian Association for the Protection of Nature and the Environment (ATPNE), the Women Voters League, and more. She has also given lectures for the Tunisian War College, Heinrich Böll Stiftung, and Greenway Maker about the security challenges of climate change and the media treatment of the IPCC (Intergovernmental Panel on Climate Change) report.

Kerim Bouzouita:  Co-founder, Advocacy, and editorial Advisor he is a doctor in anthropology 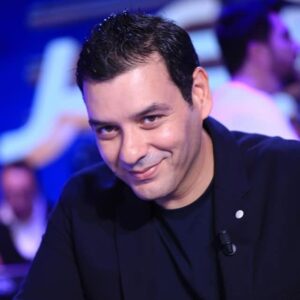 Ikram is a journalist specialized in geospatial, fisheries and environmental engineering.

Abir has a master of Science and Technology innovation policy in National School of Engineers of Tunis (ENIT).

Khalil is our youngest redactor .
Specialized in community management and member of youth for climate change.

Hamed is a marine life Biologist working on marine species conservation in Tunisia and he is trying to give voice to the voiceless through my conservation efforts and scientific research.
He has a Master in biology of organisms and populations and environment- field: marine biology

A competent Environmental Engineer with excellent communication, organization and co-ordination skills. Possessing a proven track record of preparing and executing project plans and programs, ensuring that work is carried out in accordance with the companies procedures and clients satisfaction. Able to ensure timely, safe and cost effective study and implementation during the life cycle of projects from conception till customer satisfaction.
Through academic trainings during the last 5 years of engineering formation, I have developed a strong sense of responsibility, effective interpersonal skills and the ability to contribute to teamwork, even in high-pressure environments. With my background in polyvalent Environmental studies, I am confident that I can handle any position proposed to me.

Nidhal believes in the proverb of the French writer, Victor Hugo who says that ''Nothing is more powerful than an idea whose time has come''. He is committed and determined to promote the green ideas of sustainability in Tunisia among both civil society actors and decision-makers. Nidhal has a good experience with Tunisian environmental associations and he currently leads the Environmental Policy Program at the Heinrich Boll Foundation office in Tunis. A position he holds since January 2018. In addition, Nidhal is an expert in climate change and in Climate Negotiations under the UNFCCC which he closely follows since 2015 and even produces publications to better popularize the complex concepts related to this theme and to alert general public and decision makers on the necessity and the urgency of climate action.

Nidhal holds a Bachelor's degree in Natural Sciences and a Master's degree in Marine Biology, both obtained at the Faculty of Sciences of Tunis El Manar.

Blue TN is committed to respecting the principles of freedom of opinion and expression and the citizen’s right to access information.

Blue TN respects the right of individuals to the protection of privacy and is committed to banishing any speech that incites racial or cultural hatred or exports discrimination, animosity, or violence against of a well-defined category of Tunisians.

Blue TN insists on the independence of its editorial line and rejects any interference from any person, party, or private or governmental institution in its editorial policy.

Blue TN  insists on the clear distinction between media content and advertising content while respecting its editorial strategy of an awareness media.

Blue TN works tirelessly to have primacy in the collection and dissemination of information and considers that accuracy, verification, veracity and relevant treatment are more important than the speed of their publication on the website and social networks.

Blue TN strongly certifies that it will never rely on mere rumor as a source of information, especially that which aims to harm others, except after verification of its authenticity with a reliable source.

Blue TN resolutely takes the position of presenting the information with clarity in simplified language and without frills in order to allow the public to grasp the events, and understand the complicated phenomena related to the environment and other facts, apart from any misleading tendency or propensity to favor a party at the expense of another.

Blue TN applies to the rule stipulating that “information is sacred, the commentary is free” while respecting professional standards, the principles of its editorial charter, and scientific bases.

Blue TN scrupulously adheres to professional ethics and journalistic standards for collecting information and the most appropriate approach to deal with the various sources of scientific information in all moral and intellectual probity.

Blue TN strives to avoid any promotion, advertising, or dissemination of information from polluting companies that want to give themselves an illusory image of ecological responsibility.

Green communication does not always mean that the company is responsible for the environment.

Made proudly in Tunisia by Tekru Technologies