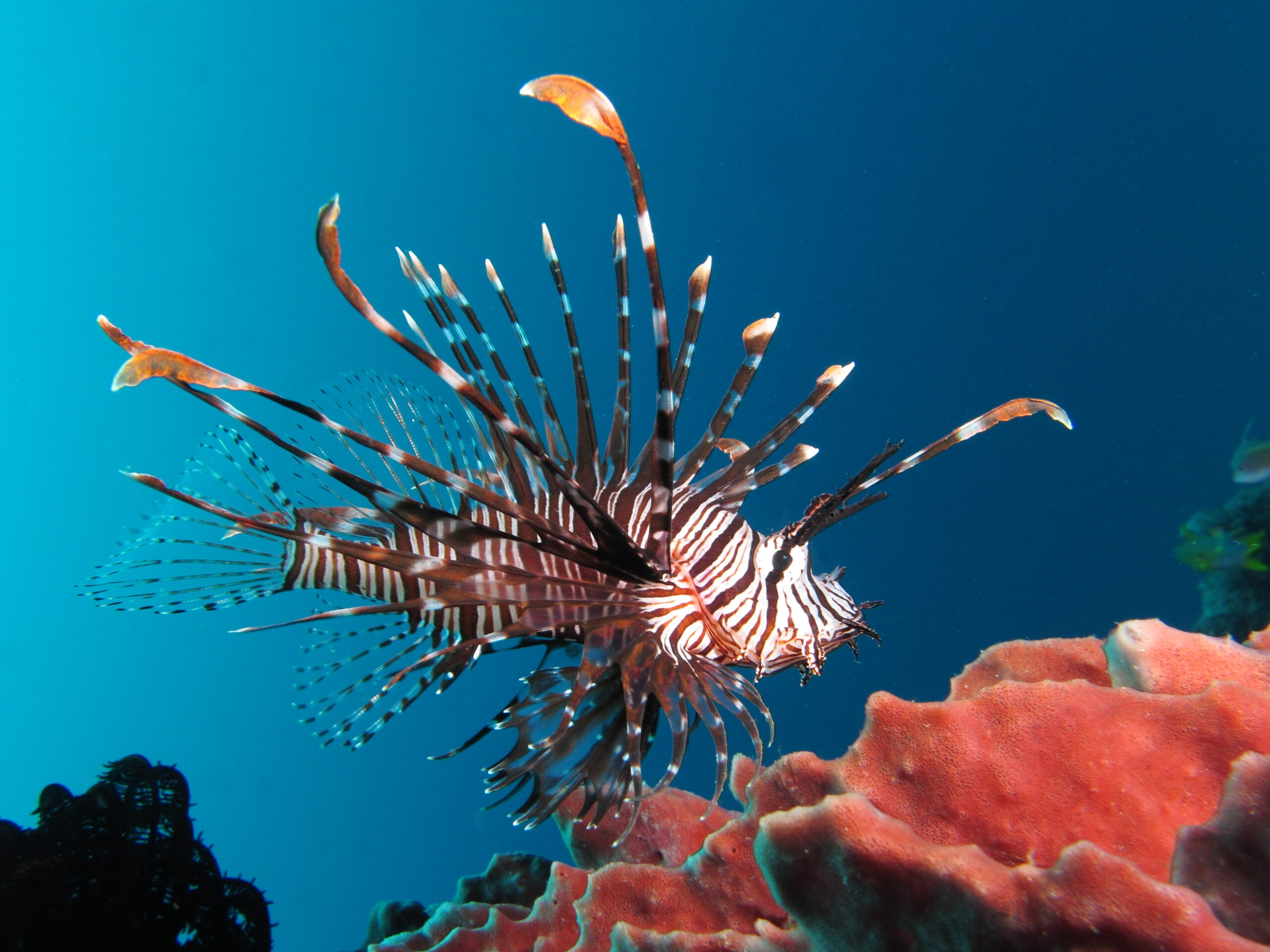 Alien species from underwater world: the greatest threats to the Tunisian coasts

Poisonous fish, crustaceans, and algae, there are more than 200 exotic species identified on the Tunisian coasts in 2022. They represent one of the main causes of the degradation of biodiversity and the decrease in fish production. The consequences of this alarming biological phenomenon are heavy on the ecological balance of wetlands and on the treasuries of artisanal fishermen who are worried about the future and the sustainability of their only source of subsistence: the sea.

As far back as I can remember, I have always worked in the lagoon with my father. He taught me this job from my childhood, it has been my only source of income for 30 years but now the lagoon of Ghar El Melh is dying…!

This cry for help is launched by Mondher Hamrouni, an artisanal fisherman from Ghar El Melh. He is still holding up in the face of the drop in his daily income from lagoon fishing.

Mondher, like the majority of lagoon fishermen in Ghar El Melh, now fears being forced to sell the boat he inherited from his father. This pessimism is caused mainly by the invasion of the blue crab which feeds on the fish that support local fishermen and deteriorate their nets.

In recent years, the lagoon has changed a lot, new species of fish, algae, and crustaceans have appeared and others have disappeared. The American crab is the species that bothers us the most. It is an invasive pest species. Last year I worked for a month and a half, this year I only worked 20 days! There is nothing left to fish and the costs of fishing trips exceed income. Several fishermen have sold their boats and our children are thinking more and more of illegal immigration.

Marine invasive species: an unknown scourge yet with serious consequences for fisheries

This Ramsar* listed wetland, leaning on Djebel Nadhour, is bordered by the alluvial plain of the lower Medjerda valley and separated from the Mediterranean by a lido threatened with erosion. The area suffers from successive crises, mainly anthropogenic, illegal fishing as an example, hampering its ecological balance and threatening the sustainability of its halieutic resources. On the list of culprits are: pollution, erosion, and siltation. Yet it still holds its own in the face of the invasion of non-native species.

Since 2017, around the coast of Ghar El Melh, we have started to observe the presence of new foreign species. such as blue crab, rabbitfish, and lionfish. A fishing boat caught at a distance of about 15 nautical miles from the port of Ghar El Melh, 650 kg of Round Shadine, a non-native species of the sardine family.

Invasive species: consequences of an imbalance in the ecosystem and the impacts of human activities

Blue crab, Rabbitfish, and Lionfish (Pterois), why are these species that live in tropical seas found in the Mediterranean?

According to Mouna Rifi, Assistant Professor at the National Agronomic Institute of Tunisia and member of the executive board of the Mediterranean Action Nature association:

These non-native species are introduced intentionally or not by humans outside their natural environments. When there is a negative impact, an alien species is called invasive. The latter necessarily causes an unfavorable change or an imbalance in the ecosystem. They may find themselves competing with other species for space, and food, or even displacing them together, becoming a high-risk agent of change to the existing ecosystem. It can thus cause socio-economic impacts and adverse effects on human health.

According to Mohamed Salah Romdhane, Professor at the National Agronomic Institute of Tunisia, in 2017 there were a total of 191 exotic plant and animal species, including 11 plant species and 14 invasive animal species.

Still, according to M.S Romdhane, they were introduced into the Mediterranean through 4 main routes: the Suez Canal from the Red Sea, maritime transport via ballast water or the fouling of ship hulls (Biofouling), aquaculture farms, and seafood trade. This is how fish species from the Atlantic Ocean were propagated through the Strait of Sicily and the Strait of Gibraltar.

But maritime transport and the trade in seafood products alone do not explain the massive proliferation of these invasive species. Their recent appearance raises questions about the reasons that favored their introduction into the Mediterranean.

This worrying biological phenomenon is mainly due to ecosystem disturbances linked to the increase in water temperature in the Mediterranean. Global warming has given these species favorable conditions to develop and reproduce.

The phenomenon of biological invasion: an ecosystem and economic burden

Global warming and pollution are among the major causes of the ecological degradation of aquatic ecosystems, but today, the biological invasion has worsened the situation of artisanal fishing on the Tunisian coasts and in the Ghar El Melh region in particular…

These species threaten the sustainability of local and endemic species such as the green crab in the Ghar El Melh lagoon. The green crab is a species of medium economic value, consumed by locals and used as bait for octopus. In recent years, green crab stocks have declined significantly due to the invasion of blue crabs.

The blue crab invasion is inevitable and spectacular, in June 2020 we identified 10 specimens per month in the Bizerte lagoon and now there are fishermen who catch around 200 kg per day, they only bring out in their nets only blue crabs. Fishermen are worried about the future of their ancestral profession and the sustainability of their fishing grounds. They have no choice but to sell their crabs at low prices that do not allow them to earn a living.

Caulerpa taxifolia is another example of plant species invasion. It is a killer algae of tropical origin, and very invasive. It smothers seagrass beds such as Posidonia and sessile invertebrates*. This devastating alga is increasingly abundant on the Tunisian coasts. This year, it has become particularly remarkable in the Cani Islands according to the Bizerte Diving Activities Club.

These invasive species are not only dangerous for the survival of artisanal fisheries, but they also pose a public health risk.

Invasive species can be a vector for the transmission of new diseases and can cause danger to human health. In the case of poisonous organisms such as rabbitfish, it is necessary to identify these species before selling them to markets.

Valuation is the key

The existence of invasive species in the lagoon of Ghar El Melh and on the Tunisian coasts is a new reality with which we must deal. Eradication will not solve the problem, we must look for ways to adapt and develop these new resources by considering them as wealth with strong economic potential.

This observation is shared by the fishermen of the Ghar El Melh lagoon, who still see hope in the development of these new foreign species such as the blue crab. “The participatory approach is the solution” according to Nizar Abassi. The creation of a Development Group for the fishermen of Ghar el Melh could help alleviate the problems caused by the invasion of this species and launch initiatives for its development and marketing.

But the fishermen face many obstacles, among which: is the indifference of the public administration. Mondher Mekki laments the situation in these words:

As the blue crab has proven to be an interesting product to exploit and promote like in Gabès, we wanted to duplicate the experience in Ghar El Melh and create work opportunities for the locals. Unfortunately, the authorities do not seem willing to facilitate our initiative. What is the message they transmit to us through this indifference to our situation?