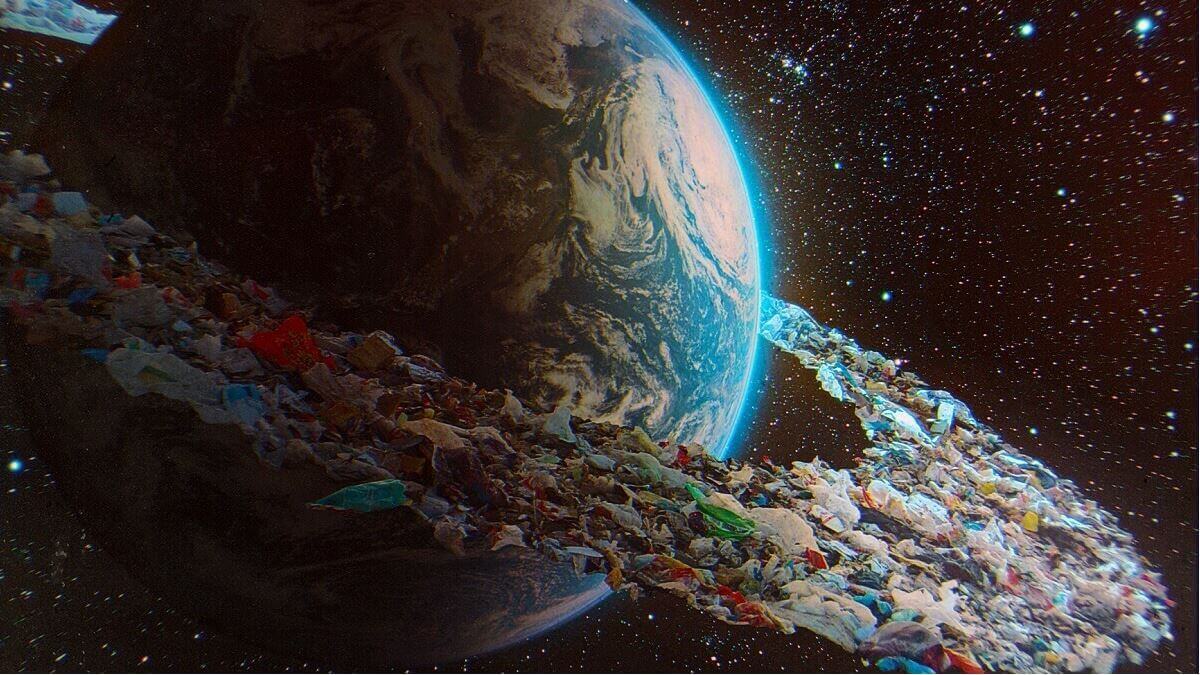 We always talk about forest pollution, ocean pollution … Earth pollution. What about the space?

Do you know that very tiny objects traveling around the earth might cause disaster?

Do you know that we might be imprisoned on the earth in the future?

Since the cold war, humanity has been interested and investing in exploring outer space. During the 1950s, Astro technologies improved until 4 October 1958 when Sputnik 1 was launched. This event is identified as the Space Age Start. From 1958, humans worldwide experienced different spatial projects and launched thousands of rockets which led to the creation of a new challenge, “Space Debris”. Recently, this challenge is getting bigger and becoming more threatening ..

Actually, space debris consists of both natural meteoroids and artificial (human-made) orbital debris; Meteoroids are orbiting about the sun and they are less threatening to humanity, however, most of the artificial debris is in orbit about the earth. This artificial debris can be non-functional spacecraft, mission-related pieces, and fragments.

This debris is very threatening due to 2 main factors; number and speed. In 2021, the US Department of Defense’s global Space Surveillance Network (SSN) tracked more than 27.000 pieces of artificial space debris. Also, a lot more pieces are not trackable due to their tiny size but they are able to damage a spacecraft and even destroy it. These different types of debris are orbiting the earth at speeds up to 17,500 mph on average, fast enough to destroy space projects. Indeed, we had different accidents due to very tiny space debris; In May 2021, the International Space Station (ISS) got hitten by space debris that caused a 5-millimeter punch in the artificial arm. This small punch has affected the whole ISS system and implemented a perilous operation to repair it.

In fact, the debris will cause numerous accidents which will cost thousands of dollars. That will make the space industry less safe and more challenging. Scientists expect that if we don’t find an efficient solution to this problem, we will be stuck on earth and won’t be able to launch any rocket safely. That means all the space projects might end and the human dream of exploring space is at risk to face an end.

It is scheduled to launch in 2026 as the Earth’s first space debris removal mission. This project will delaminate 112 Kg of space junk using a 4-hand robot. If succeeded, this project will announce the start of the cleaning space era.

Meanwhile, NASA and ROSCOSMOS are working on different projects to reduce the threats of space debris.

To sum up, scientists are becoming more concerned with space debris which is becoming a huge challenge. Until finding solutions, it will cost tons of money.

Will we someday talk about space debris as an important category of pollution?